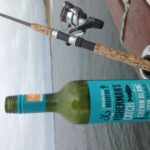 No booze for lent

Lenten fast and abstinence were strictly observed in Ireland in our grandparents time and they had to abstain from all meat and dairy products.

A curious aspect of the Lenten fast was the eating of Barnacle geese as fish. Giraldus Cambresis, who visited Ireland in 1183 described the wonderful way in which geese came not from the eggs but from shellfish (a common belief at the time). He goes on to say, “Accordingly, in some parts of Ireland, Bishops and religious men eat them without sin during a fasting time, regarding them as not of flesh, since they were not born of flesh”.

Max Miller remarks (The Science of Language 1891) “I am informed that in Brittany barnacles are still allowed to be eaten on Fridays and that the Roman Catholic Bishop of Ferns may give permission to people of his diocese to eat these birds.

Martin Duncan told the great folklorist, Kevin Danaher, in the early 20th century that he gave a lecture of marine matters in the north of Ireland and later a parish priest wrote to him about barnacle geese. The priest asked him had he told the whole story, ‘because his people were in the habit of eating barnacle geese during Lent under the impression that it was more fish than fowl’ and stating that a recent Pope had granted a dispensation to the people of Derry permitting them to continue to eat the barnacle goose during Lent as an ancient custom.